Get Ready For Brexit - Exclusive

Get Ready For Brexit - World Exclusive

The Scaremonger can bring you a first look at the UK Government's new £100m "Get Ready For Brexit" campaign. The campaign will bring the "Precious Union"© closer together by summoning up the Agincourt, Cartegena, Saratoga and Suez spirit that saw our "Family of Nations"© through more world wars than you can shake a Pearly King or Queen at. 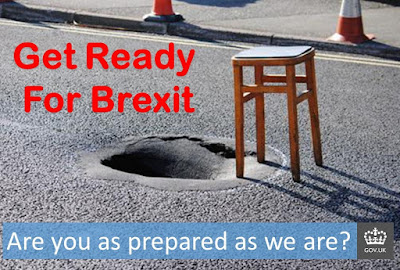 Posted by thegreenroom at 15:11 No comments: 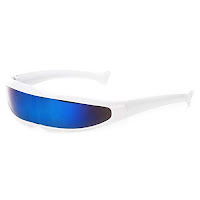 These Amazing  Glasses Could Change Your Outlook On Politics Forever!

New from the Scaremonger Technology Workshops!

These amazing glasses will change everything. Endorsed by "popular" leader of the Conservatives in Scotland, Ruth "Tank Commander" Davidson, the Scaremonger "ColourMyWay" Eyewear range provides a stylish alternative to facing up to reality.

Put on your "ColourMyWay" glasses and instantly the world looks the way you'd like it to be.  "ColourMyWay"  is already working for top Tories who don't want to face up to the truth of the SNP's victory in the 2019 Euro Elections and it could soon be working for you too.
Book your free trial today! 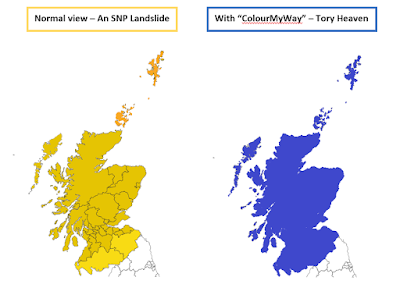 Posted by thegreenroom at 03:40 No comments:

New from the Scaremonger Home Collection....

The "Theresa May speaking clock"

Push the button on the "Theresa May speaking clock" and you'll hear the strong and stable tones of the Prime Minister provide a real-time update from the home of time itself, Westminster, in the heart of London.

This new stylish clock from the Scaremonger Home Collection is sure to appeal to anyone with an interest in horological innovation and the latest digital technology.

The "Theresa May speaking clock" will not be available in any shops but you can pre-order it now in our online store.
Posted by thegreenroom at 13:12 No comments:

Email ThisBlogThis!Share to TwitterShare to FacebookShare to Pinterest
Labels: clock, horology, Now is not the time, Scaremonger Home Collection, Theresa May 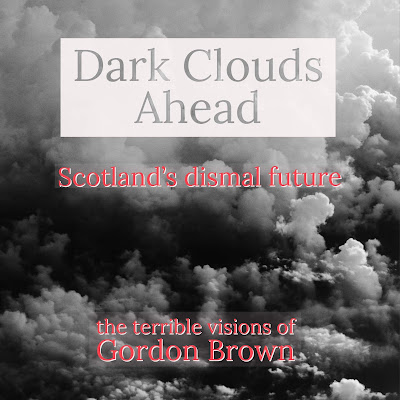 A new collection from Scotland's foremost political and economic soothsayer. An antidote to the baseless optimism of the proponents of independence Gordon Browns insights illuminate the desperate future facing Scotland if it chooses to leave "the most successful political union in history".

Register now for the opportunity to pre-order an advance extract from this forthcoming Bargain Books slow seller.

Posted by thegreenroom at 14:51 No comments: 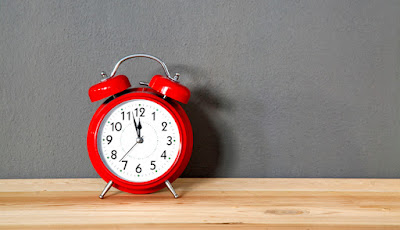 Traditionally styled and with an enduring character redolent of another age the "Gordon Brown" alarm clock from the new Scaremonger Home range will appeal to anyone who worries about missing important "brownouncements".

Unique features of the "Brown" model include;

Posted by thegreenroom at 13:25 No comments: 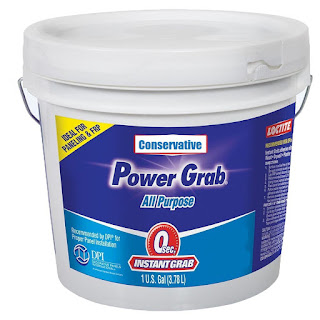 Don't miss out on this amazing new product from the Scaremonger.

Just apply as required, wait for a maximum of 15 minutes and your power hold is secure.

Posted by thegreenroom at 17:37 No comments:

The Scottish Government have finally admitted that the new Forth Crossing will be delayed by up to six months but only the Scottish Scaremonger is prepared to reveal the real reasons for the delay.

Our research has proven beyond doubt that far from being intended to create a vital link between the deprived communities of Fife and the vibrant cultural and economic heartland of North Britain in the Lothians the Scottish Government is secretly planning to extend the bridge for a further 410 miles and create a direct link between Scotland and France in the event of a Leave vote in the #EUref this month. 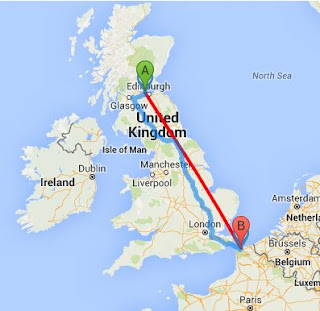 In the event of a #Brexit vote on the 23rd June the Scottish Government intend to give the green light to an ambitious plan to circumvent the consequences of a Leave vote and keep Scotland connected directly with the heart of the world's largest trading block.

As a high level motorway with no exits the new extended crossing will enable Scots to drive directly from North Queensferry to Calais for the first time.

The extended Queensferry Crossing would also be renamed to reflect it's new role but a Scottish Government source denied that the First Minister had suggested Bridgey McBridgeFace as a possibility. 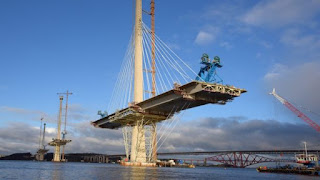 Posted by thegreenroom at 15:15 No comments: